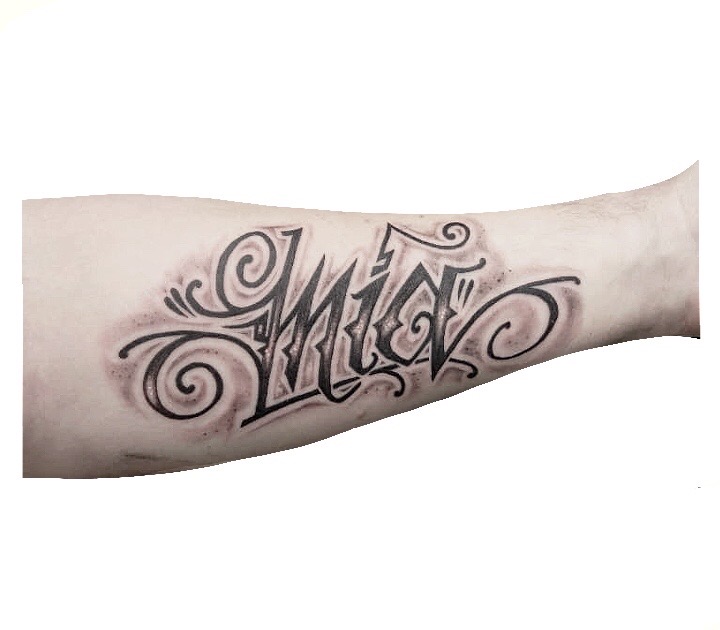 A SHORT HISTORY OF CHICANO AND SCRIPT TATTOOS

Chicano is a term that was born in the United States as a classification for people mainly of Mexican origin. It later became a word associated as an insult but later became part of the identity of the Chicano moment back in the 60s.

Chicanos prior to the second world war lived as second-class citizens. However, from 1942-43, the situation changed mainly after many joined the American army to fight the second world war. Later in the 60s, a political movement against discrimination and violence took the form of murals, music, and tattoos. Songwriters like Vincent Fernandez and various movies were soon associated with the Chicano culture.

The original Chicano tattoo originated with the Pachuco gang culture in New Mexico, Texas, Arizona, and California. Back then these tattoos were created using regular sewing needles, dipped in black Indian ink. Classic themes included skulls, women, religious figures and flowers. Gang members had a Pachuco cross tattooed in the middle of the fingers and thumb; it showed identity, respect, and loyalty to the gang.

The Chicano art form is no longer associated with gangs or violence like it once was. It is an art type that strongly represents the Latino culture, while the associated tattoos show respect and love for the art. So, regardless of whether you are a Chicano or someone who just appreciates this type of art it is an excellent way to express yourself.

Today, there are literally dozens of Chicano and script tattoos from which to choose. Each one is different in the way they convey your artistic feelings, emotions, or political inclination. Not to mention the fact that they look cool. Many experienced tattoo artists even create their own, with a unique twist.

The scripts often inspired by similar gang-related typefaces, but many times they are variations of famous gang tattoos. So, the sky is literally the limit or anyone who wants a tattoo that looks like something they got in prison but does not make them look like a criminal perhaps!

Chicano and script tattoos are some of the hottest today. That said you are open to either choosing from hundreds of different similar tattoos or allowing the artist to come up with something unique. Not to mention that you can design your own and the tattoo artist will lay it out on skin for you!

Do you need help with essay writing? Is your creative writing proving to be a problem? Does your family and friends find your essays to be below the standards they have grown accustomed to reading? If so, then professional assistance is just what you need. There are many different aspects to the art of essay writing, and history essay writing service can help you to overcome obstacles and get your work done in a timely manner that is free from errors and meets your standards for writing.