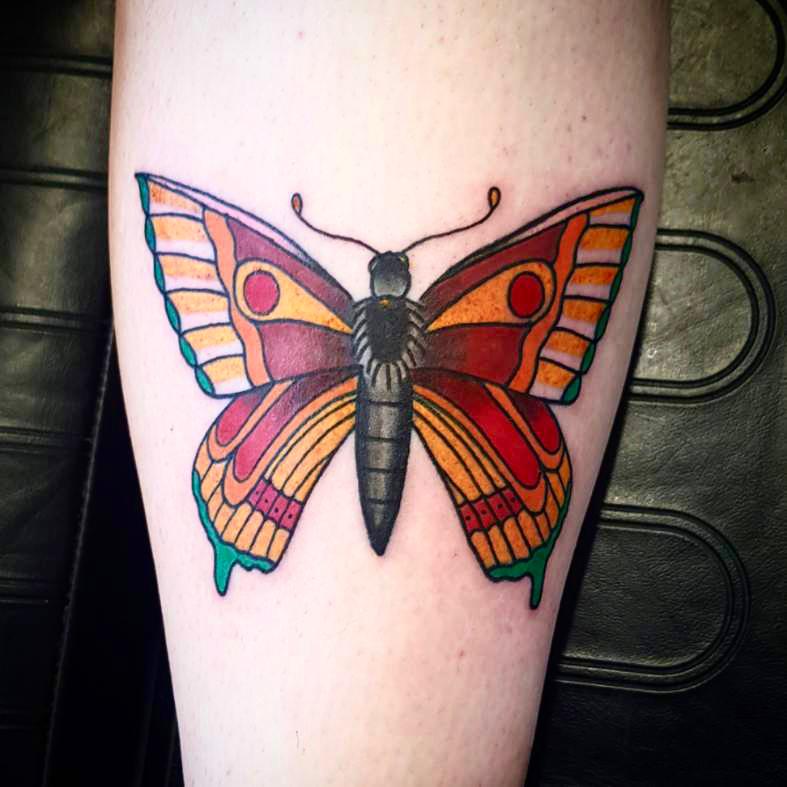 New school is considered the latest tattooing style which originated back in 1972. While it is new school, some of its features are clearly influenced by old school tattooing used in the US. The style consists of mainly heavy outlines, exaggerated depictions of the focal subject, and use of vivid colors. The new school style of tattooing mainly represents a step towards openness.

While there are multiple accounts about how new school tattooing started, one account states that an artist in California began experimenting with different styles in styles in the 70s. The art depicted actors, Disney characters, and various other aspects of popular culture. It is widely argued that it was during this time that many new cultural designs stemmed from growing demands by customers and less of it was inspired by the tattoo artists themselves.

However, there are accounts that place new school tattooing in the late 1980s, and then the 90s. Marcus Pacheco is often recognized as someone who popularized this technique of tattooing.

The roots of American traditional tattoos can easily be traced back as far as the late 19th century. However, it wasn’t until the 60s, when a former sailor Norman Collins opened up his tattoo parlor in Honolulu, Hawaii.

Collins had studied Japanese tattooing from many old masters and learned traditional American tattooing from Gib Thomas in Chicago. During his time, Collins was able to develop his own unique style and iconography, which is still associated with traditional tattoos in America to this day. Many of the flash sheets used today carry his style and many of his original designs. The simple color palette coupled with bold outlines allowed artists to knock out many tattoos at great speed.

New school tattooing is often considered to be better than old school mainly because new is always better than old. In the tattooing industry, the choice between the two is a personal one. Today, there are specialists like our own Travis and Jake who can do both old and new school. Plus, you have a selection of different designs from which to choose.

Regardless of style, the important thing is to get a tattoo that best reflects your personality. After all that’s what a tattoo has always been about, whether it be a traditional American tattoo or a new school one.

We are looking forward to seeing you soon.